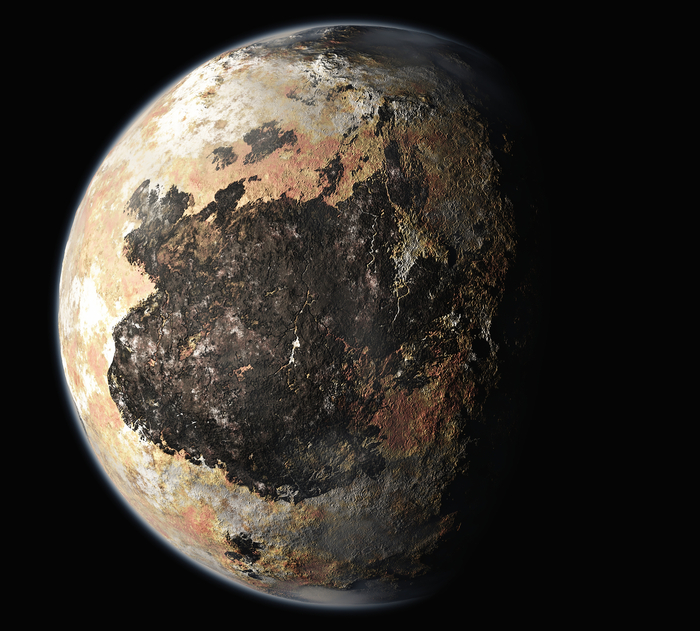 This is an artist's concept of Pluto. NASA's New Horizons spacecraft is fast approaching its close-up flyby of dwarf planet Pluto, 4.67 billion miles (7.5 billion kilometers) from Earth. Closest approach is on 14 July 2015.

Discovered in 1930, Pluto was long considered our solar system's ninth planet. But after the discovery of similar intriguing worlds deeper in the distant Kuiper Belt, icy Pluto was reclassified as a dwarf planet. This new class of worlds may offer some of the best evidence about the origins of our solar system.