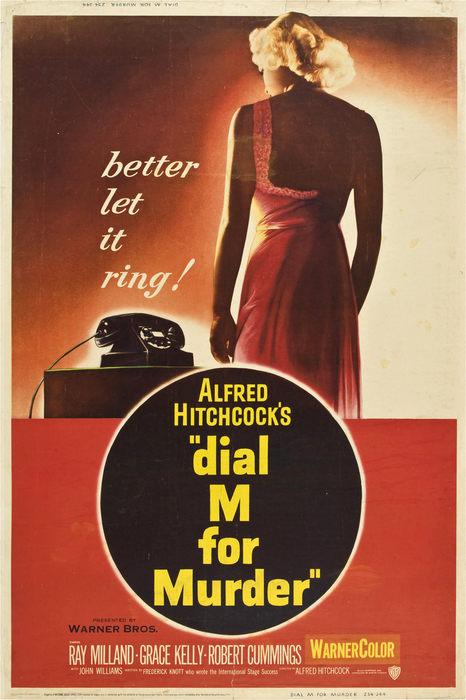 Dial M for Murder is a 1954 American crime thriller film in Warnercolor with elements of Film Noir, directed by Alfred Hitchcock, starring Ray Milland, Grace Kelly, and Robert Cummings. The screenplay and the successful stage play on which it was based were both written by English playwright Frederick Knott, whose work often focused on women who innocently become the potential victims of sinister plots.