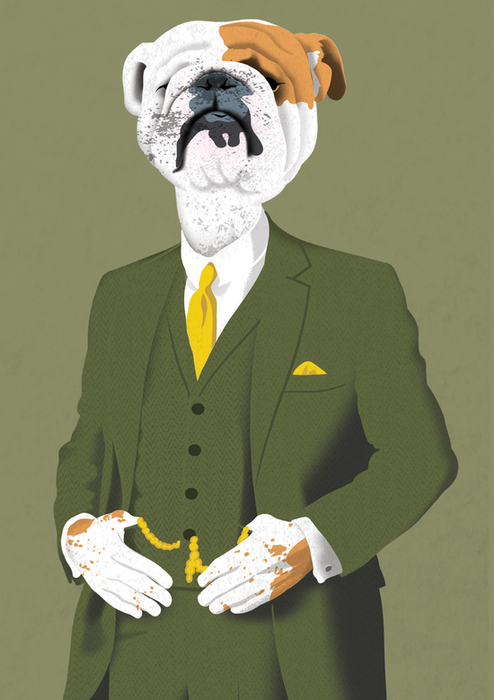 An illustration of a refined English Bulldog.

The breed is a national symbol for the United Kingdom. It's also closely associated with one of the UK's greatest leaders, Winston Churchill, whom the Russians called the British Bulldog. But despite the connection, Churchill did not, as is often believed, own a pet Bulldog. But he did have a Pug.