My name is Cameron Moll, and I reimagine buildings and structures as if designed entirely with type. I've been fortunate enough to ship hundreds of these letterpress printed posters to more than 30 countries. For the first time, I am making them available with a custom framing option built right in -- you can go with my recommended frame settings, or customize to fit your own taste or space.


Select a print to see more detail, and read on to learn how each project came to life. 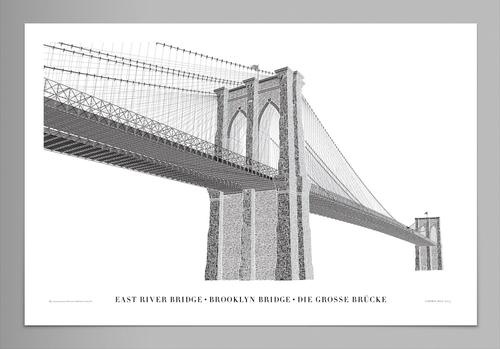 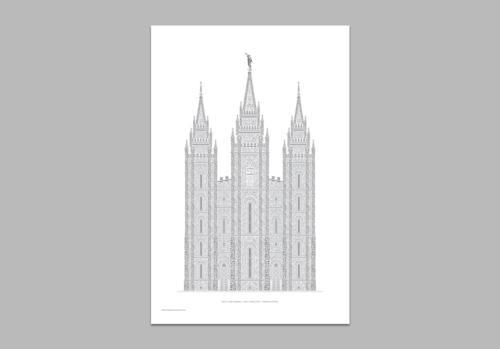 In October 2010, I visited Brooklyn for the first time to study one of the world's most stunning bridges. 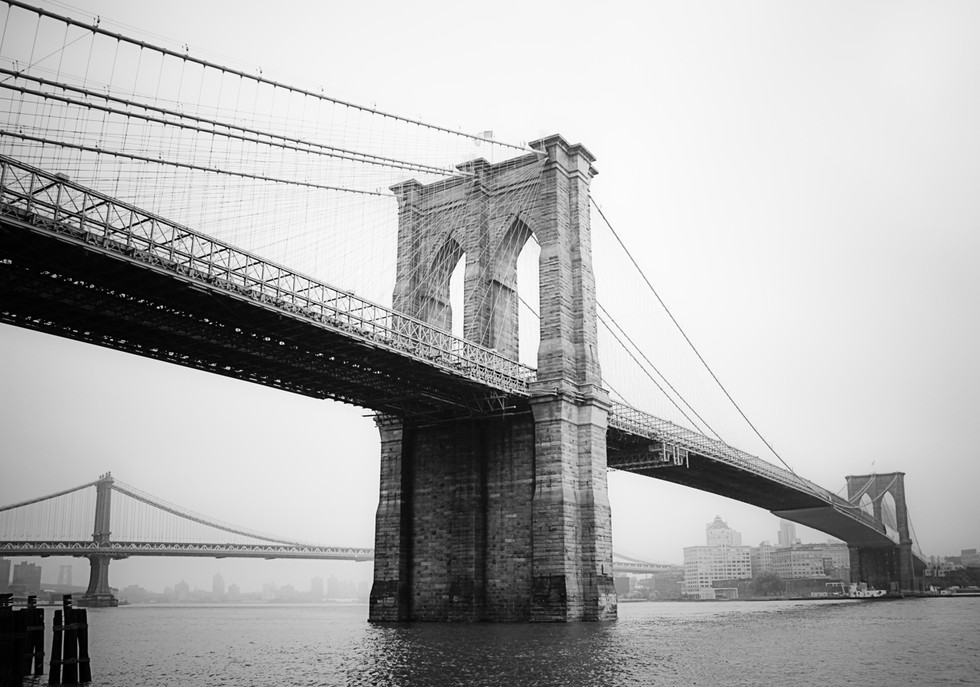 I immediately fell in love. Three years later, I launched a Kickstarter project to help fund printing of the artwork. The time spent designing the artwork was more than 300 hours, but the time spent doing research—trips to Brooklyn, studying the bridge, selecting typefaces, thoroughly annotating The Great Bridge—is easily double or triple that amount.


In the artwork, entirely designed using type, there's a metric tonne of hidden text: names of the architect, engineers, and laborers that perished; shops and restaurants in Brooklyn; and other items with relation to the bridge. 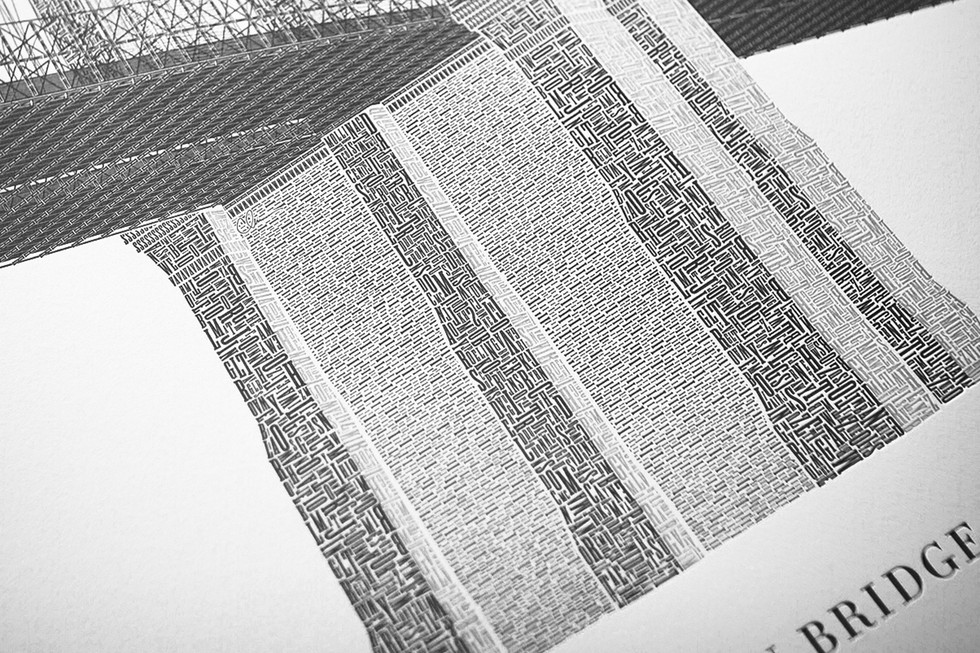 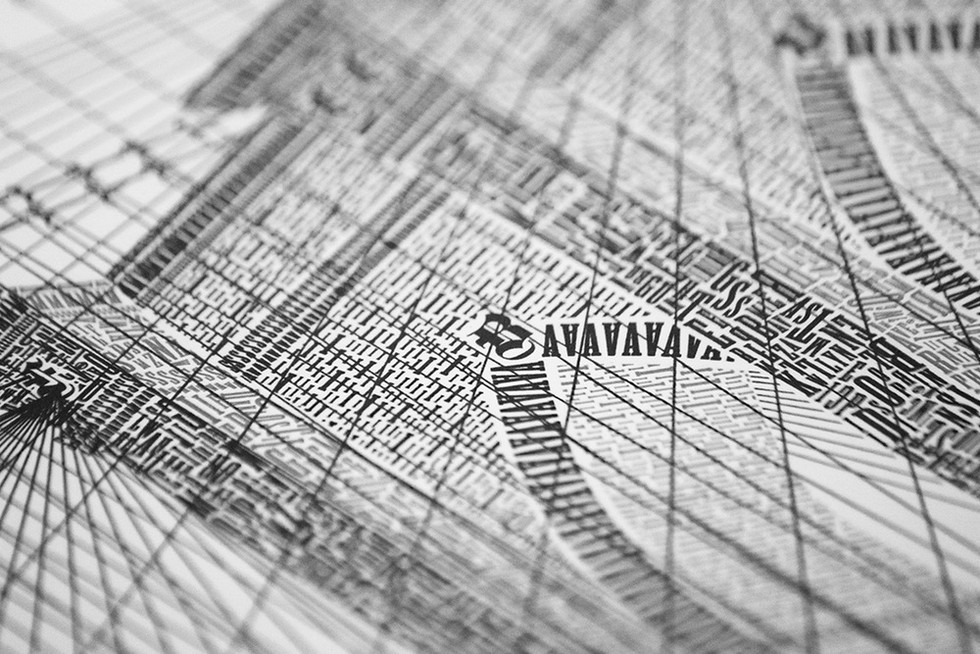 Today, only a few hundred of the 1,500-print limited edition remain.

In March 2009, my wife and I spent several days in Rome to celebrate our 10-year anniversary. This was also a chance to observe in detail the Coliseum, which I was already thinking about for the subject of a new letterpress posters. It's amazing what you pick up in person that you don't notice in photographs, like Roman Numerals subtly imprinted on stone above each doorway. 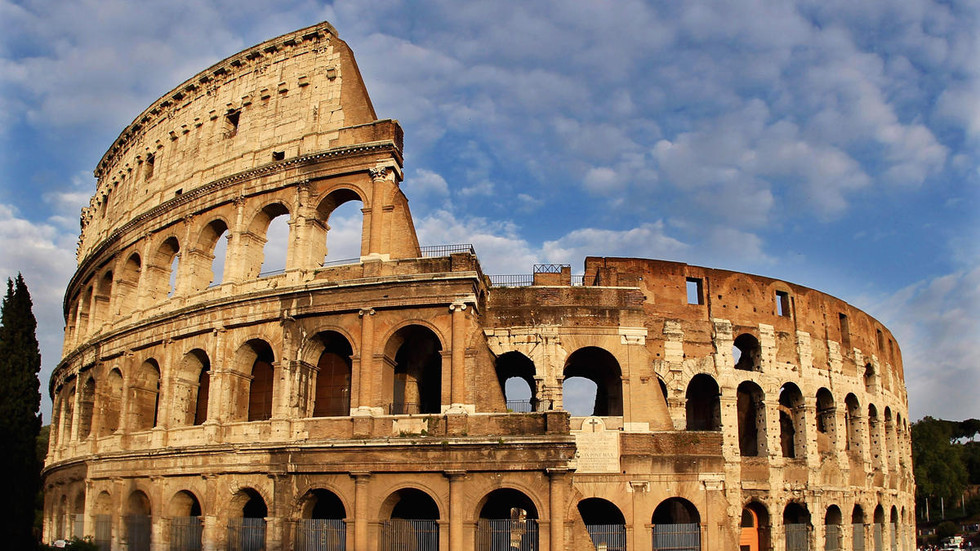 Over the course of the next 12 months, the artwork was handcrafted character by character, totaling roughly 250 hours of work from start to finish.

Characters from the Goudy Trajan and Bembo Pro typefaces form the Coliseum (or Colosseum), also known as today as Colosseo (Italian) and originally known as Amphitheatrum Flavium (Latin).

The Salt Lake Temple, handcrafted character by character over the course of roughly 100 hours. These prints come signed, but not numbered. 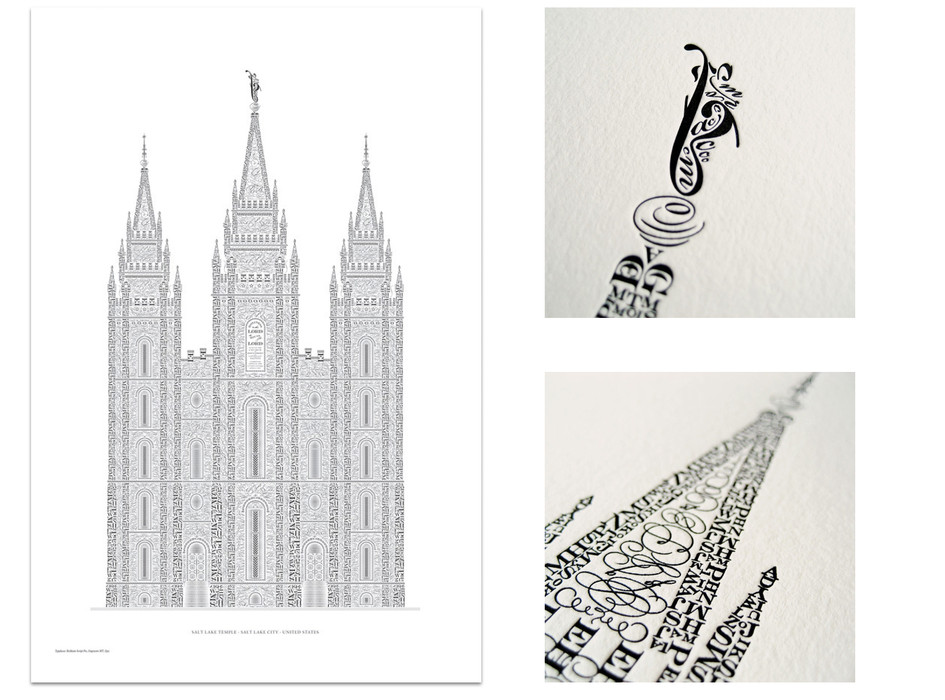 Each poster is printed on Somerset Velvet Black or Crane Lettra Pearl and letterpressed by Bryce Knudson of Bjørn Press in Provo, Utah. The shop has been around for over 18 years. Here is a video showing the Letterpress in action. 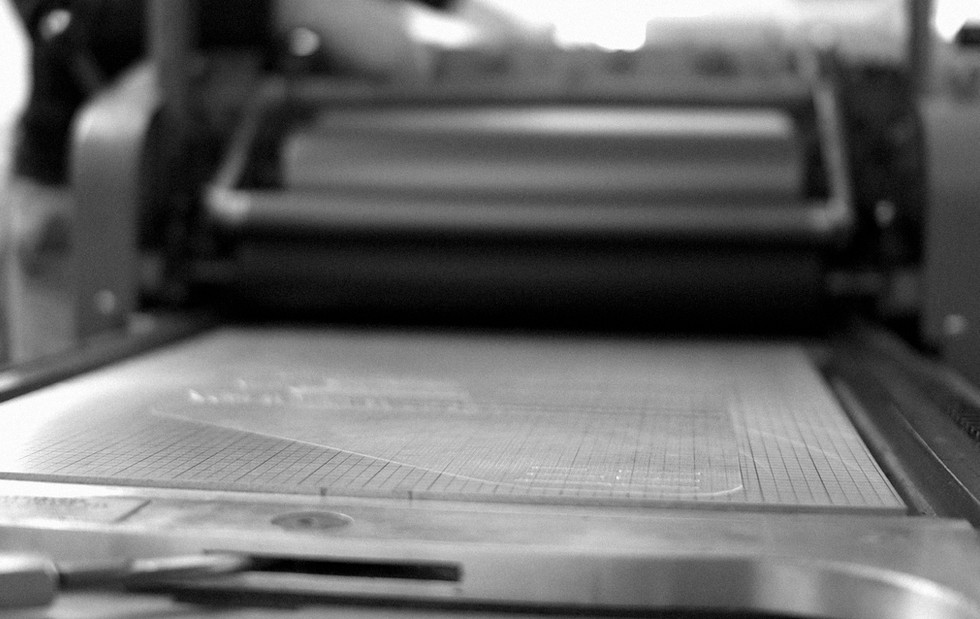 Thanks for checking out this collection of my artwork. Stay tuned for the next project by following me @cameronmoll.