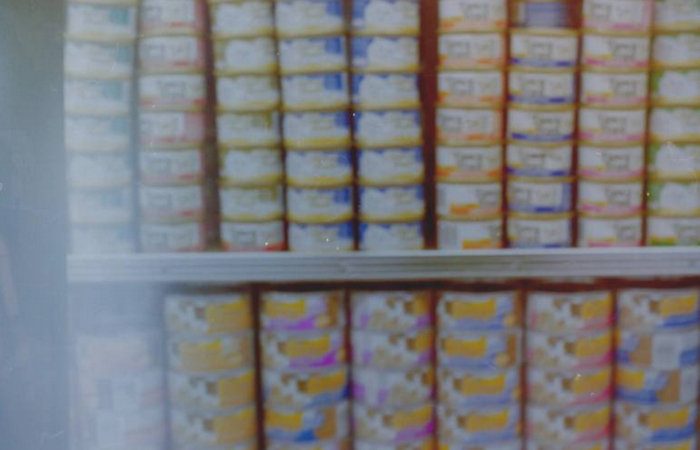 "The stale and unpersonalized gestures which are offered by manufacturers, promotes distance between themselves and the consumer. However, there is also something vastly comforting in the practicality of their mechanics. In this instance, a selection of tinned cat food is displayed on the shelves of discount store in Brooklyn, New York. Their architecture is one of inadvertent beauty, stacks of color display an arrangement of precise inaccuracy.

What is contained inside of these tins, a product which is imperative to a lifeforms survival, is advertised almost as novelty. As with the majority of mass produced foodstuffs found in supermarkets and convenience stores, we as humans tend to purchase products based on their appearance rather than their content."

This photograph was taken in March of 2010 on a Pentax K1000 analogue camera. It was shot with an ISO of 400 on expired 35mm Kodak film and then exposed to light before development in Brooklyn, New York City, New York, The United States of America.