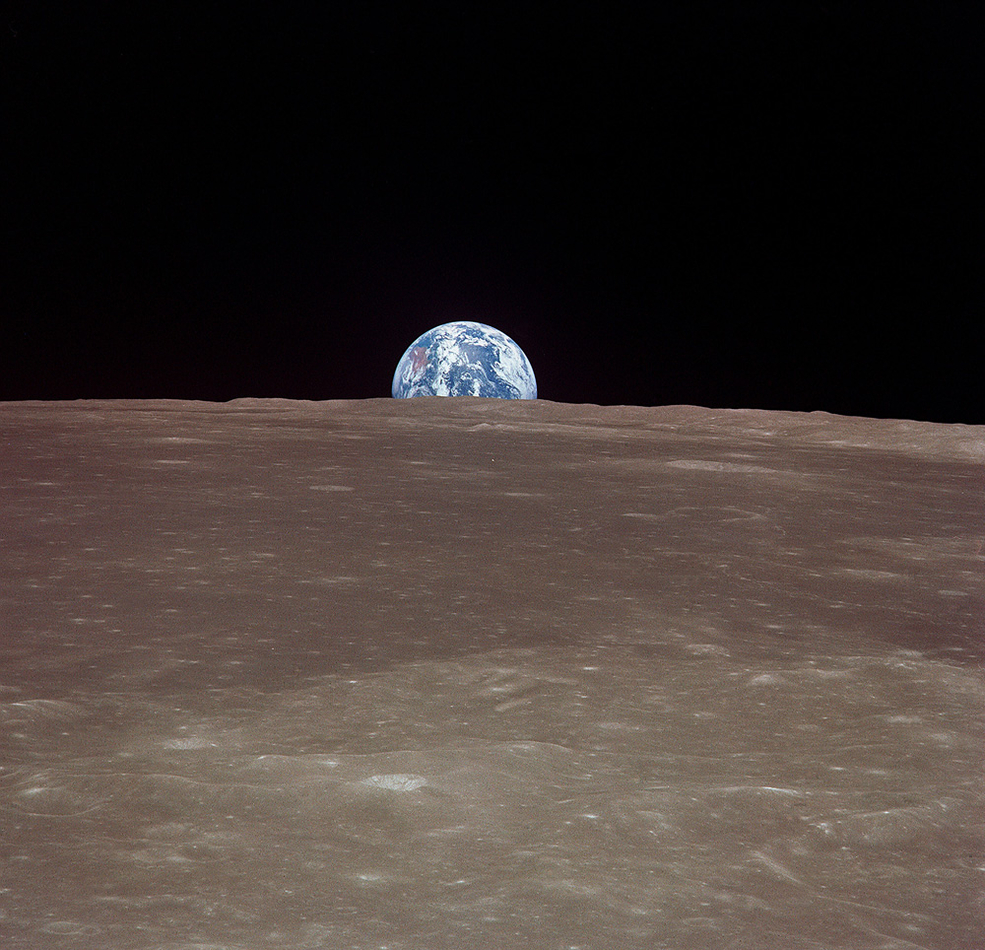 This image from Apollo 11 shows the Earth rising over the limb of the Moon much as the Harvest Moon does from our planetary perspective. Over the stark, scarred surface of the moon, the Earth floats in the void of space, a watery jewel swathed in ribbons of clouds.

If you were alive and aware on July 20, 1969, you were probably glued to a television set somewhere on the planet-at home with your family, gazing avidly through a storefront window, or gathered with friends at a community center or vacation cottage. On that day, America and much of the world watched, awestruck, as astronauts landed on the Moon and shared with us a look back at Earth.