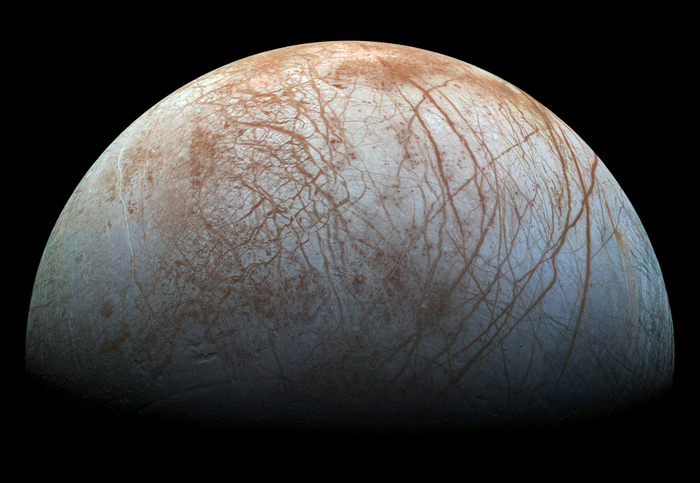 The puzzling, fascinating surface of Jupiter's icy moon Europa looms large in this newly-reprocessed color view, made from images taken by NASA's Galileo spacecraft in the late 1990s. This is the color view of Europa from Galileo that shows the largest portion of the moon's surface at the highest resolution.

The view was previously released as a mosaic with lower resolution and strongly enhanced color (see PIA02590). To create this new version, the images were assembled into a realistic color view of the surface that approximates how Europa would appear to the human eye.

The scene shows the stunning diversity of Europa's surface geology. Long, linear cracks and ridges crisscross the surface, interrupted by regions of disrupted terrain where the surface ice crust has been broken up and re-frozen into new patterns.